Newly Divorced Dad advice on SingleDad.com David Pisarra discusses one of the many strategies associated with negotiating divorce. Having a good chess strategy pays off for the Dad

I walk my dog many days a week down by the Pier, and I always love cutting through the Chess Park. The players are usually very engrossed in their games, as they try to outthink their opponent a play or two ahead. I’m not a very good chess player, I’ve played maybe a half dozen times in my life. But when it comes to thinking through problems, I’m excellent.

For instance, two weeks ago I spent 6 hours in a court trying to get a settlement in place. Mom had filed a motion with the court, she was “concerned about the sleeping arrangements” of her six year old daughter when she was with dad. The subtext was mom was worried about dad molesting the little girl. This was her third attempt at such vile slander and the third time that either a Child Protective Services investigator sided with Dad, or the pediatrician, or the psychologist and now a social worker appointed by the court.

Her attorney was of a type that I can only describe as angry, bitter, defensive, attacking, and thinks their client does no wrong, ever. We spent the better part of the day going back and forth, and in the end, we arrived at an agreement which was so weak, that it became obvious to me, mom never had any doubts about dad – he’s a perfectly wonderful father. This was all about control.

We see that same dynamic played out in the Levi Johnston and Bristol Palin drama. They have allegedly just reached a custody agreement wherein he gets some limited visitation with his son, and they “share” legal custody, but if they can’t agree, then her decision wins. That’s doesn’t sound very equitable to me, and in fact it is the type of arrangement that can lead to increased anger and resentment because the father has no real say in the decision making process.

Why would Bristol at 20 years old, be considered such a better parent than Levi, that he should have less than a 50% say in how his son is raised? Why is he so limited in the amount of time that he is given in a custody battle? Again, it’s about control.

For the best current example of the way the strategy game is played we have only to look to Oksana and Mel. She has masterfully boxed him into a corner on the child custody issue. He’s got his part in this drama of dysfunction, but her actions speak to me of a person who very thoroughly thought out how to get what she wanted.

Her stated reason for making the recordings was to “protect herself” if something should happen that night, because she was so scared for her safety. I’m sorry, but I’m calling her out on that one. I am in no way saying that she wasn’t in danger, or that Mr. Gibson’s behavior was acceptable in any fashion. It absolutely was unacceptable for him to be so threatening on those recordings.

Which is why I am calling her out. It was so unacceptable, that anyone else would have hung up. I tell people when they are scared for their safety, they should leave for a safe location, call the police and/or arrange for an Emergency Protective Order, but staying on the phone and recording the call is a brilliant strategy move. Having the presence of mind to record a call, and to remain so calm throughout the tirade is a winning combination for a restraining order, and a civil settlement.

I don’t know if his tirade was unprovoked or not, and frankly the law doesn’t care, his behavior was unacceptable. All the element of provocation does is humanize him, a fact that I’m not inclined to stress based on his homophobia, bigotry and general contempt for humanity.

My point though is, like a good game of chess, or a nasty custody battle, strategy matters, and going into a situation with a strong strategy prepared allows one to come out of it victorious. 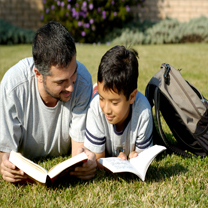 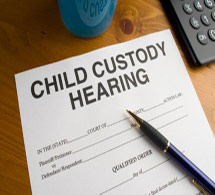 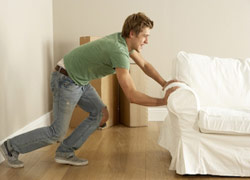 Ask a Lawyer on Single Dad: Filing for Parentage and Moving