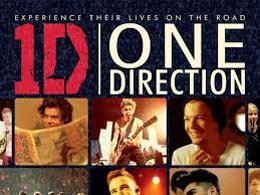 This month, SingleDad reviews the new One Direction Movie, This is Us. We let our panel of Dad’s sound off what they really think of this new British Pop Invasion Boy Band. Read more.

SingleDad Movie Review – One
Direction…This is Us

This month, SingleDad
reviews the new One Direction Movie, This is Us. We let our panel of Dad’s
sound off what they really think of this new British Pop Invasion Boy Band.
Read more.

If you’re not
familiar with One Direction, well, you’re probably not a teenage girl.

Teens and tweens One
Direction fans likely will deem the 3-D concert movie "One Direction: This Is
Us" the #bestmovieever. For parents who must accompany them to the film,
there’s good news as well: It’s far from the worst movie ever, and it lasts
only 95 minutes.

Director: Morgan Spurlock, the merry prankster
behind 2004’s fast-food exposé "Super Size Me,". This concert film is
a chronicle of the rise of five young kids who hit the pop culture lottery. It is part of a new breed of movies,
like Katy Perry: Part of Me and Justin
Bieber: Never Say Never, Jonas Brothers
(not to mention ‘N Sync, Backstreet Boys and New Kids on the Block a decade or
two before), this group of five guys (One Direction members Liam Payne, Louis
Tomlinson, Niall Horan, Zayn Malik and Harry Styles.) from Britain and Ireland has captivated
the imagination of myriad teens and tweens with that now-patented combination
of boy-next-door charm (plus those accents!) and songs genetically engineered
to make young female fans scream and swoon.

Mostly, they marvel
at the fact that they’re just five regular lads having the time of their lives
(and to their credit, they’re not completely polished, acknowledging that they’re
terrible dancers and refusing to attempt ‘N Sync-style choreography). They’re
just mates, they tell us. They’re like brothers. Each of them utters something
along these lines over and over again, along with appreciation for the devotion
of their fans.

Young, female fans of
the fab five probably won’t care, and the parents who are forced to accompany
them to the theater probably won’t mind. The lads are lively and likable, their
songs non-offensive and interchangeably poppy. "This Is Us" does what
it needs to do for its target audience. But anyone looking for actual substance
or insight will be disappointed and maybe even a little bored with its
repetitive nature.

The five guys in One
Direction, we learn through video flashbacks and interviews, had one inglorious
bit of common ground when they met in 2010: All five auditioned as solo artists
for "X
Factor" in 2010, but none made it past the competition’s initial stages.
Instead of sending them home, "X Factor" honcho Simon Cowell put them together
to compete as a group. They finished third. But One Direction, or 1D, had won
loyal fans who promoted the group through social media.

The band members come
from caring families, as we see in interviews with the working-class British
parents who sent their sons off to pursue stardom three years ago and have not
seen them much since. Payne’s mom even keeps a cardboard cutout of her son in
his childhood room to keep from missing him too much. 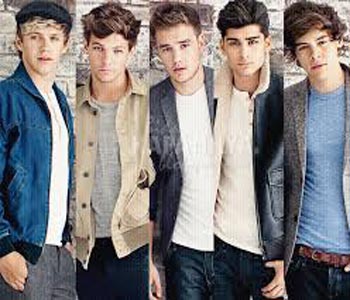 1D members’ modesty and graciousness keep this movie
watchable, even for grown-ups. They come across as likable, good-humored young
men who marvel at the attention paid them but do not let it influence their
opinions of themselves.

The 1D kids
maintain a down-to-earth quality even while on stage. Spurlock uses 3-D to add
texture but not a lot of dazzle -appropriate for a boy band that takes pride in
not dancing in unison or wearing silly outfits. The five all look fully at
ease, as if just hanging out together rather than performing before thousands
of screaming girls.

Summary from our Dad Panel Review:

Blake, aka Domminick:
I couldn’t keep my daughter quiet. She kept screaming at the screen as if she was in a concert. I wish they served beer at this cinema. Two thumbs DOWN!

Trent:
aka, "McGiver". I don’t like what these guys are doing to my daughter. When i was growing up, it was hard enough to keep my girlfriend from Duran Duran and NOW I gotta worry about 1D… Nice movie for teens, bad movie for Dads.

Dominick:
aka, "Scratch". Hey my daughter and I loved this movie. I don’t know what all the fuss is about. As long as i can keep my tween locked up at home and away from these guys, I’m fine. Two thumbs UP!!

Cory: aka,
"GQ". Yah, these guys are cool and they know it. My daughter was entertained with the music and NOT the substance. The 95-minutes was just enough for me. These guys got no spell in my house…

Dustin: aka
"Double D’s". I thought these guys were, "neat" and my two daughters loved the movie and the music. I think I will agree with Blake and have a scotch rocks the next time I see these lads. Two thumbs up and a pint!

RJ: aka,
"Coach, Chief, Godfather". Man these guys are good. Beware of the Englishmen wearing skinny jeans. My two daughters tossed Justin Bieber aside like a bad habit after watching this movie. 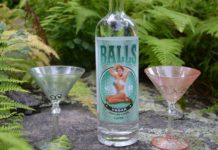 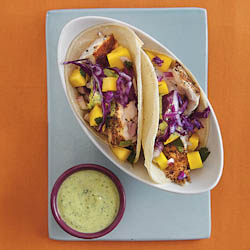 Is Chipotle the Best Fast Food Restaurant in the Universe?