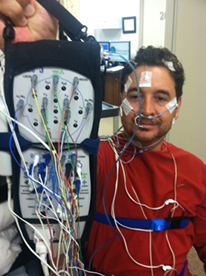 This month’s dad’s fitness article on SingleDad looks at the editor’s journey through the red tape on getting his surgery approved. As the initial requests have been denied and the second appeal process has begun; it is starting to feel like BCBS North Carolina is more interested in their stockholder’s profits, rather than their patient’s quality of life. Dad lives matter. Read more.

Ironically, this Dad Health journey began about three years
ago. I was a guest blogger sharing my stories about my health with a PR firm
that works for Anthem, Blue Cross. This media campaign was designed for me to
share my real life health topics that I was experiencing as a middle aged,
generally healthy father of three children. At the time, I was a single parent and
dating a woman that was in the medical field.

In 2012 during my annual physical, I had discovered a few
changes in my health. A small weight gain wasn’t enough to cause panic, but
what was a more alarming issue was a pattern of poor sleep quality. My doctor
reviewed my charts and discovered that I had a lot of blockage in my sinuses.
He had asked me if I snored during my sleep. Before I could answer, my
girlfriend was happy to share the many sleepless nights she encountered while
listening to my loud and often gasping sounds in the night. At that
appointment, I was given a referral to an ENT specialist and ordered an "oxygen
study". 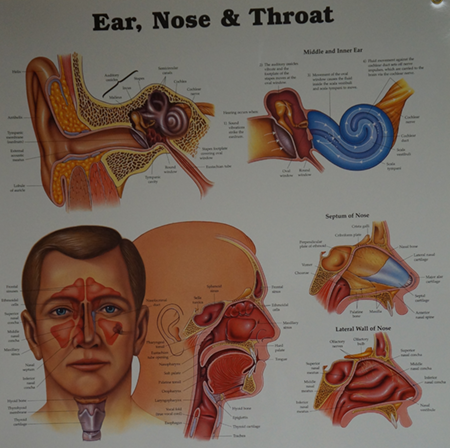 On the way home, my girlfriend bought me a "fit bit" and
told me it was the latest technology that had a wearable sleep monitor built
into it. I didn’t think anything of it at the time and accepted the cool
looking tech bracelet. Over the next two weeks, I had completed my "oxygen
study" and a visit with the referral ENT doctor.

As I continued to blog for Anthem Blue Cross, I shared my
discoveries on learning about the stages of sleep and what I learned about
mine. Each video I made, I talked about warning other Dad’s to review and
understand that snoring could be an early sign of sleep apnea, and how the lack
of oxygen has negative health effects to the heart, brain and other vital
organs. My own results from my oxygen study showed that I was having episodes
of low oxygen intake. My last visit to the ENT, (Ears, Nose, Throat) doctor
revealed that I had over 80% blockage in my sinuses. At the time of this
discovery, the ENT doctor recommended immediate surgery to fix the blocked
nasal passages. I gave this news to my girlfriend and she wanted me to get a
second opinion to confirm that the surgery was necessary. Being in the medical
field, she had sent me tone of the most reputable ENT specialists in San Diego.
I was able to schedule an appointment with Dr. Brian Weeks, ENT. This is when
my Dad Health took a more serious turn.

As I had mentioned before, my girlfriend bought me a "Fit
Bit" and one of the primary purpose of this gadget was to monitor my sleep. One
day, she was at work, (working in the Operating Room) and had text me a message
to send her a picture of my weekly sleep survey from my Fit Bit. Other doctors
in her group had all bought similar wearable tech bracelets and were comparing
their sleep patterns with each other. So as I sent a text to my girlfriend,
there was a long pause between my text and her reply. Somehow, the words she
sent back in the text to me did not register in my brain that she was talking
about me. Her text said, "You need to see a doctor immediately… the other docs
are asking how good is your life insurance policy…This is serious."

I have experienced only a few times in life the shock I felt
when I saw this text. It took a few minutes to calmly reply back that I was
immediately setting another appointment with another doctor.

My appointment with Dr. Weeks was a more in depth and took a
more thorough check on my overall body. I had a sleep study, a skull / sinus
x-ray, Oxygen intake review and scope of my nasal and throat passage. Each test
I took reviled other information on why I wasn’t getting enough oxygen into my
body.

When your body ages, gravity takes over. When gravity takes
over, body parts like your throat cavity begin to sag and create a smaller
breathing tube. Breathing is necessary. Having your original tonsils doesn’t
help, this making your airway even smaller to breathe through. A smaller airway
with sagging skin creates a perfect environment for snoring. Snoring is bad. A
dangerous pattern of holding my breath during my sleep (Sleep Apnea) has
developed. My sinuses are blocked. Over 90% on one side and over 40% in
another. When your only channel to breathe is through an aging, sagging,
crowded airway: You are in trouble.

A three stage surgery was recommended:

The immediate and temporary support of my oxygen intake was
the night time use of a C-Papp machine. If anyone is familiar with this
machine, it basically blows a consistent stream of air through a tube. At the
end of the tube is a face mask which attaches to your face when you go to bed
at night. This crude and temporary form of getting oxygen into your body has
many negative consequences such as: 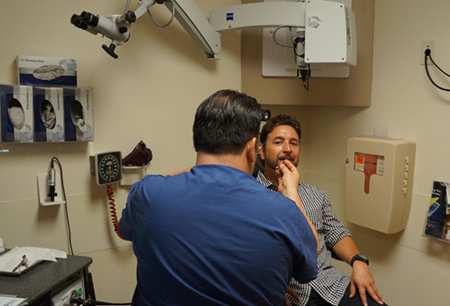 My doctor’s request for the three stages of my surgery,
(Tonsillectomy, Deviated Septum, Throat Surgery) were denied by Blue Cross Blue
Shield of North Carolina. In their opinion, the C-Papp was sufficiently working
and no further treatment was necessary.

Right around the same time of this news, there was a "60-minutes"
TV Show that aired about the trend of insurance companies denying surgeries for
patients. The title of the episode was called, "Profits over Patients" and I
couldn’t have agreed more about the feeling I was having about Blue Cross Blue
Shield of North Carolina.

I have just gone through my second appeal. For those who do
not know; all patients have a right to represent themselves on a conference
call and explain WHY they need to have their surgery on the second appeal
process. I strongly recommend for anyone who is having difficulty with their
insurance to request an appeal. Be prepared and state your facts of your health
issues. You do not need to be a medical doctor to explain your health issues. 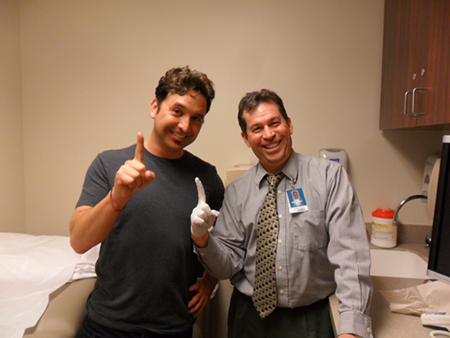 In my example, I focused on my original denial and made it
clear that the C-Papp machine does not work because it is only used for 6-7
hours at night and does not address my "daily" intake of oxygen, (the other 16-Hours
in the day). There is no C-Papp machine attached to my body as I am performing
my day time duties as an employee and a full time parent of my four children. I
need oxygen to breathe and I am getting a fraction of my intake due to all
three parts of my body that need surgery, (my throat, my tonsils and my blocked
sinuses).

As the posting of
this article, I do not know the outcome of my second appeal. I can only tell
you that anyone who has experienced the use of a C-Papp machine for sleep; they
do not address the long term needs of their daytime breathing and overall
health issues. My argument and message was plain and simple to Blue Cross Blue
Shield of North Carolina:


Got a Question about
Your Dad Health, Diet or Fitness?

If you have a
suggestion or question about your Dad Health, Fitness or Diet; please send us
an email to: Rj@SingeDad.com Your name and
privacy will be protected and we may offer to post your particular topic on
FitnessForDads