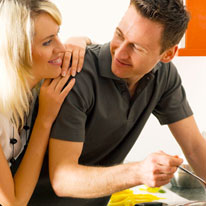 Do you go to the same vacation spot every year? Have pizza for dinner almost every Friday night? Always hit the stationary bike or treadmill at the gym? While it can be comforting to stick to the familiar, being more adventurous can improve your relationships, health and mental well-being,

Do you go to the same vacation spot every year? Have pizza for dinner
almost every Friday night? Always hit the stationary bike or treadmill
at the gym? While it can be comforting to stick to the familiar, being
more adventurous can improve your relationships, health and mental
well-being, says Dr. Frank Farley, a psychologist at Temple University
in Philadelphia who travels to far-flung destinations studying
thrill-seeking travelers. “It’s easy to get comfortable with your usual
way of behavior,” says Farley. “But research shows that people who
embrace change — not run from it — are the happiest.”

Shaking
things up will also prepare you for the unexpected, adds Farley. “If
you’re entrenched in your daily routine and something unfortunate
happens — for example, you’re laid off — you might feel crippled by
it,” he says. “But if you’re not stuck in your ways, you’ll be better
able to adapt and find a new company — or even a new career” (Who Moved My Cheese? anyone?). Here’s how to break out of your routine without feeling the least bit anxious:

Same Old: You and your spouse eat at your favorite restaurant almost every Friday night.

Change It up: Try going to a comedy club instead, then grab a bite at a new place afterward.

Why: You’ll
be more satisfied with your relationship. In one study at the State
University of New York, researchers gave married couples surveys about
their relationship and then divided them into three groups. The first
group spent 90 minutes a week doing an unfamiliar activity, the second
group spent the same amount of time doing one of their typical
activities, and the third did whatever they wanted. After 10 weeks, the
participants re-took the surveys. The result: Couples that had done
something new and fresh had a much greater increase in their
relationship satisfaction than either of the other groups.

Change It up: Take a short walk when supper’s done.

Why: You’ll lose weight. Research from East Carolina
State University shows that you don’t have to make drastic changes in
your diet and exercise routine to melt away the pounds. In fact, baby
steps are best. The study found that participants who made one small
tweak in the food or fitness routine each week lost four times more
weight in four months than those who followed calorie-restricted and
physical activity guidelines — perhaps because it’s easier to stick
with small changes in the long run.

Same Old: You go out for a drink with your friends.

Change It up: Take a class together.

Why: You’ll improve your brain. Whether it’s
cooking, knitting or speaking another language, learning new skills may
help protect your brain from Alzheimer’s disease, according to research
from the University of Kentucky. The researchers found that being a
lifelong learner helps your brain create new, extra connections between
neurons, staying healthier.

Same Old: You go to Florida on vacation every year.

Change It up: Skip the beach for a city or mountain adventure.

Why: You’ll find it more pleasurable. British
researchers found that when you make adventurous choices, your brain
releases feel-good neurotransmitters (such as dopamine) that improve
your mood. “Doing something different is also important for family
bonding and memories,” says Farley. When you try something more daring
— like camping under the stars or taking a rafting trip — it can turn a
vacation into an unforgettable experience that you all talk about for
years to come. 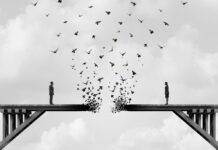 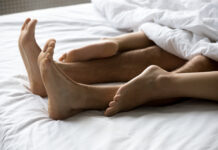 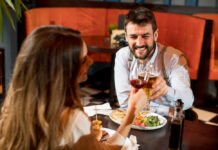